We are a women’s educational institution in Japan, composed of a kindergarten, junior and senior high school, junior college, university, college of nursing and graduate school. We provide a thorough educational program, with a foundation in Christianity.

Students from far and wide come to our school for superior opportunities to grow and learn. Both local and international students enjoy modern equipment and facilities on our large, nature filled campus, located in suburban Fukuoka.

Miss Jennie M. Gheer was sent to Japan as an American missionary. Despite having experienced severe oppression, she achieved her mission; foundation of a school for Japanese girls to find a new way of life.

Even though women’s rights were still suppressed at that time, all her effort and devotion made Fukuoka Jo Gakuin part of the local community. Also known as the “Mission School” it has remained a prominent feature in Fukuoka’s landscape for more than 135 years.

As a progressive, rare educational model in Japan at that time, Fukuoka Jo Gaukin’s reputation reached far and wide. For example, while paying a visit to over 40 countries in 1937, Fukuoka Jo Gakuin was on Helen Keller’s list of places to visit.

Since its earliest days, Fukuoka Jo Gakuin has offered students a way of school life founded on the values and convictions of Christianity. It thus enjoys a constantly widening reputation, through the lives of its graduates.

We provide well-rounded education based on Christianity for each individual student. Our aim is to help them blossom into sensitive, intelligent women with a strong sense of responsibility. 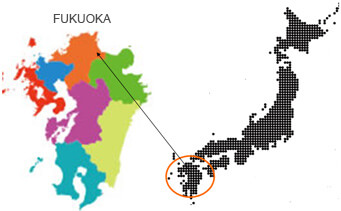 We are located in Fukuoka city which is the largest and most vibrant city in Kyushu (southwest part of Japan.) Fukuoka has played an important role in cultural exchange between Japan and the Asian continent. The city is blessed with nature, having both beautiful mountains as well as a stunning shoreline and ocean view.

The weekly Hong Kong Asia Week publication has sited Fukuoka as the best city in Asia in which to live. It continues to put a premium on the quality of life available to its inhabitants. Its proximity to the rest of Asia (nearer to Seoul than to Tokyo) has endowed the city with a cosmopolitan heritage that serves it well in an age of intra-regional person-to-person cooperation. 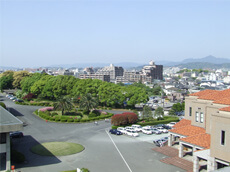 The Fukuoka Jo Gakuin community enjoys the comforts and convenience of a suburban campus, accessible in about 20 minutes by train and bus from the heart of Fukuoka city. Fukuoka, the transportation hub for Western Japan, is served by an international airport, major rail lines, and an excellent highway network. Local transportation facilities include a subway system that connects the airport and railway stations, as well as other key points in the city. In addition, we have a dormitory on the premises for those who may have trouble in commuting 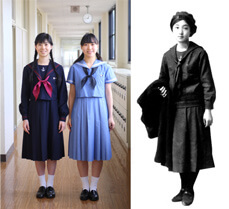 Back in 1921, students and their parents complained how inconvenient and expensive it was to do exercise in Japanese tradition clothing, such as kimono or hakama. Fukuoka Jo Gakuin’s president, President Lee, did research on her own and then adopted the sailor-style school uniform shown here. It was the first time such a uniform was used in a Japanese school. It gained popularity through its use at Fukuoka Jo Gakuin, and later became common throughout in Japan.

BThe school badge represents a grape vine. The choice of grapes growing on the vine as a school symbol comes from John 15:5 in the Bible, a passage central to the Fukuoka Jo Gakuin family;

“I am the vine; you are the branches. Whoever abides in me and I in him, he it is that bears much fruit, for apart from me you can do nothing.” 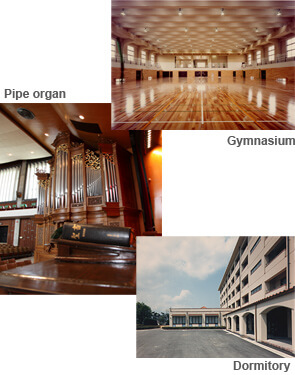 The campus is proud of its outstanding facilities:

The liberal arts education at Fukuoka Jo Gakuin is more than just a standard set of courses. It is designed to reach and teach each individual student, empowering them with the skills and understanding necessary to navigate today’s professional world successfully. Students are trained not only in academics and study skills, but also engage in communication and expression training in traditional and modern Japanese language, as well as in English. They also undergo education in traditional arts and in modern information technology.

The club activities available to students at Fukuoka Jo Gakuin are wide and varied. Students enjoy traditional Western sports and activities, but also have access to clubs based in Japanese culture. 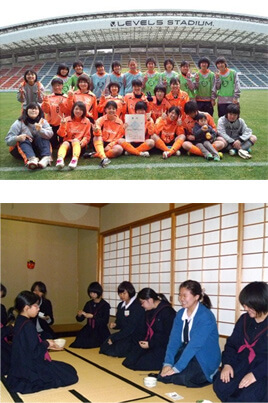 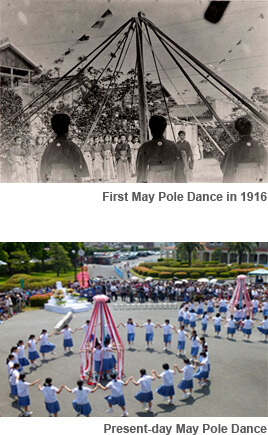 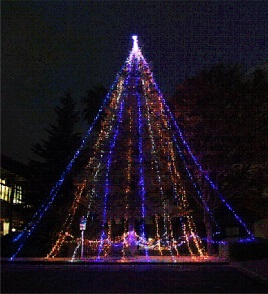 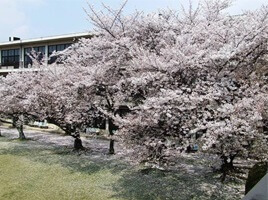